The K-pop craze that’s taking the world by storm was also manifest on the largest video portal site in the world, Youtube.

On December 21st, Youtube reported the top 10 most-watched music videos by domestic citizens in Korea (not including overseas views) since January 1st, 2011.

According to the report, the #1 most-watched K-pop music video in Korea for 2011 was Wonder Girls‘ and their hit track, “Be My Baby“.

HyunA‘s solo single “Bubble Pop” came in at #2, while SNSD‘s “The Boys” came in at #3, holding a record for immediately receiving 400,000 views upon release. END_OF_DOCUMENT_TOKEN_TO_BE_REPLACED

Last year, T-ara had everyone in Korea snapping their fingers to their ultra-catchy song, “Yayaya“, and this year, they plan to have Japan do the same.

The PV for “Yayaya” was revealed online today, and the girls have high hopes for their 2nd Japanese single. They brought back the Native American END_OF_DOCUMENT_TOKEN_TO_BE_REPLACED

Anticipation is on the rise for T-ara‘s new music video, as the girls released photos from the set today!

T-ara and actors Cha Seung Won and Ji Chang Wook began filming in an empty warehouse on October 18th. The MV was announced to be a 30-minute drama-style video, and judging by the pictures, it seems like we can look forward to a bunch of heart-racing action scenes. END_OF_DOCUMENT_TOKEN_TO_BE_REPLACED

In cute and well-coordinated cat outfits, the ladies of this popular END_OF_DOCUMENT_TOKEN_TO_BE_REPLACED

On October 6th, Mnet broadcast performances from the ‘Hallyu Dream Concert‘ in place of their regular weekly airing of their music program, ‘M! Countdown‘. 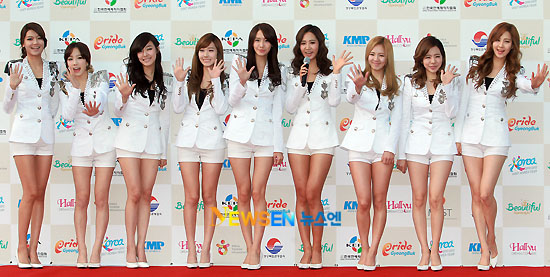 Last month, we revealed that this year’s ‘2011 Hallyu Dream Concert‘ would be held on October 3rd at the Gyeongju Civic Stadium. Stars rolled out in their finest this evening, and shone brilliantly for the camera.