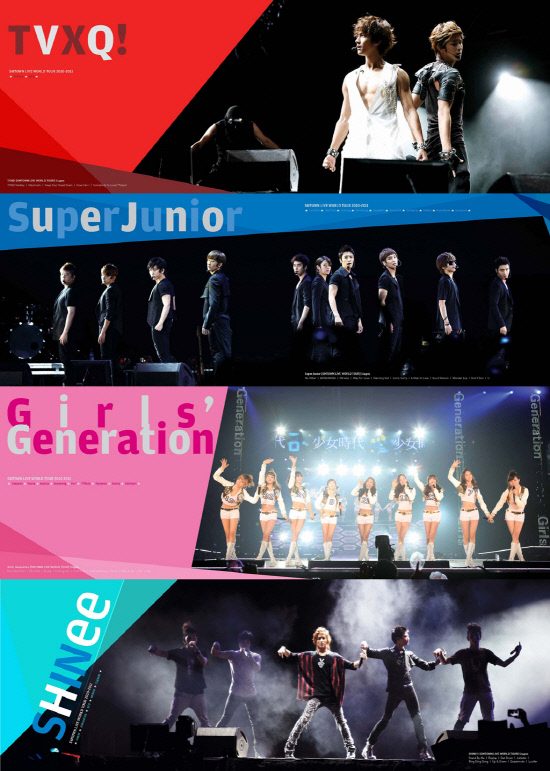 SM Entertainment has recently revealed that it will reveal a  ‘SMTOWN Live World Tour‘  photobook on November 3rd.

The photobook will include photos from their performances in Seoul, LA, Shanghai, and Tokyo. Fans are already responding hotly to the photobook.

In addition, the 288 page photobook will not only contain photos from the performances of Kangta, BoA, TVXQ, Super Junior, SNSD, SHINee, and f(x), but also of their rehearsals, backstage scenes, and the various aspects of their performances. Fans who couldn’t go directly to the concerts will now be able to experience the hot performances of the SM artists through the photobook.

In addition to the performance photos, the artists’ autographs will be included, in addition to an epilogue with a written statement and a profile picture.