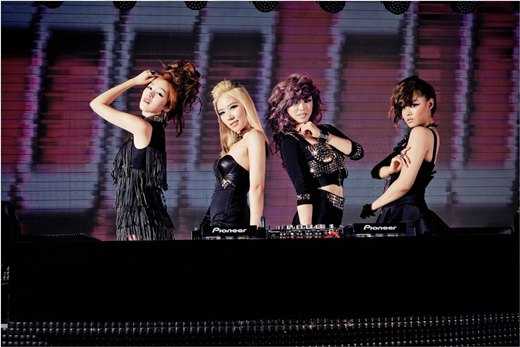 With one week remaining until their comeback album “Moving in Secret“ release, SECRET will be releasing a music video teaser on October 13th.

SECRET’s new track “Move” was made by the hit-making duo Kang Ji Won and Kim Ki Bum who produced all of their previous hits including “Magic“, “Madonna“, “Shy Boy“, and “Starlight Moonlight“.

“This time we are taking a risk in different direction, but it is a pop dance song that has enhanced SECRET’s colors. The addictive chorus and strong beat will capture the ears of the public once again.“

Following the teaser photos of the individual members, today a group photo of the girls was revealed. In the photo they have dark eye makeup, sexy hairstyles, and blingy black outfits, showing off SECRET’s ‘black charisma’. This photo has raised the anticipation for their upcoming album and music video.

Also the music video was directed by Hong Won Ki, who also directed SNSD‘s comeback video for “The Boys“. Many are wondering how the two videos will differ as they portray the two different girl groups.

Prior to the music video’s release, 23 jacket photos will be released through Naver later today.